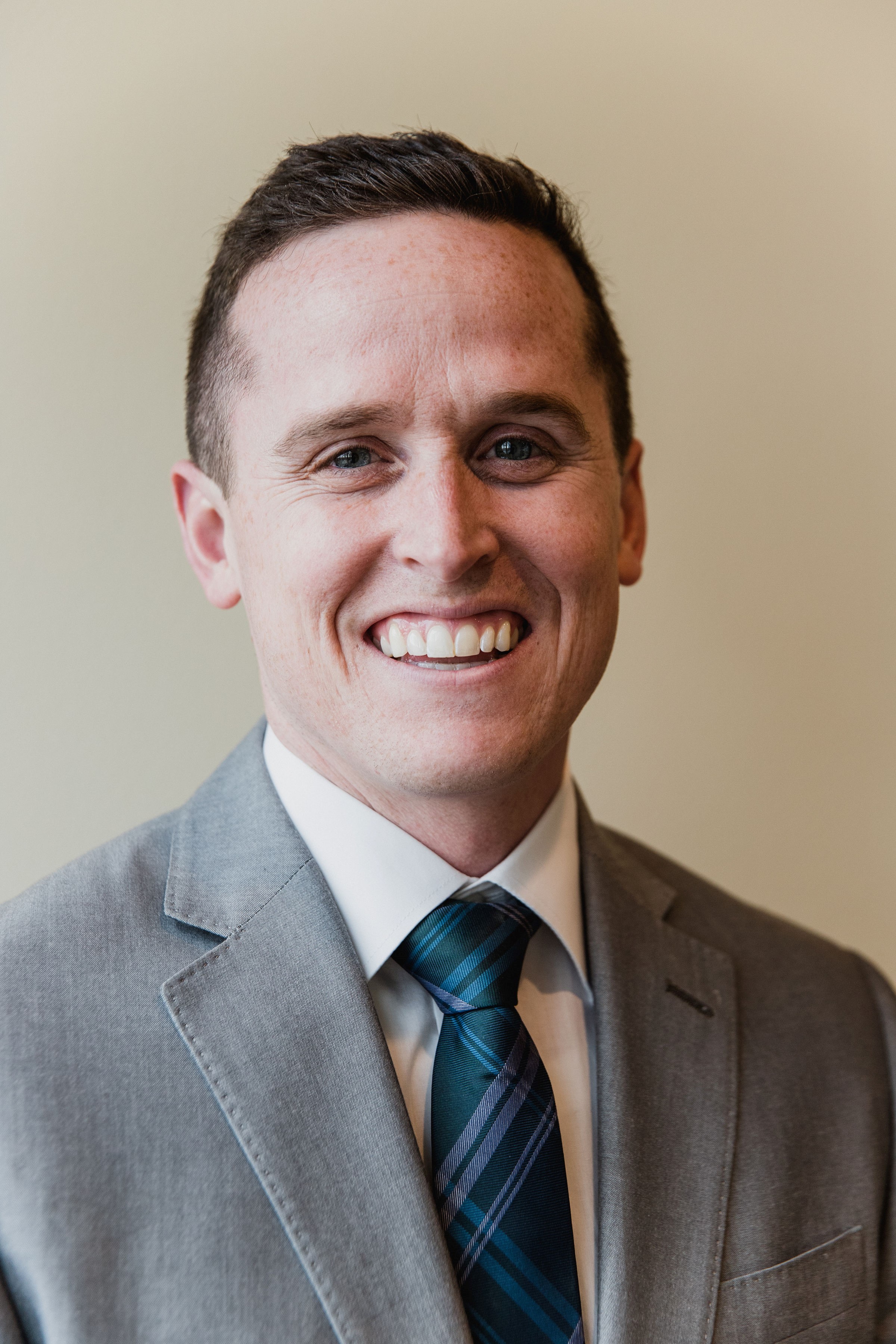 One of the most polarizing topics in the financial planning industry is the use of annuities.

If you took a poll of 10 random advisors and asked them their opinion on annuities, you’d get answers that ranged from:

“Annuities solve everyone’s problems” to “Annuities are the biggest rip-off around”.

The problem with asking advisors about their opinion on annuities is that their answers will most likely depend on how they’re compensated.

Advisors who are paid to sell financial products, like annuities, will most likely rave about them.  They will sell you on their flexibility, guarantees, lifetime income, and absence of stock market volatility.

Advisors who are paid based on the assets you have them manage will most likely only talk about the high fees, low returns, and 500-page prospectus’ that accompany most annuities.

There is an inherit conflict-of-interest when you ask an advisor about an annuity, simply because the advisor you ask could stand to earn an 8% commission by selling you one (insurance/product sales based advisor), or lose out on managing a portion of your assets unless they convince you not to buy one (fee-only/AUM advisor).

However, first and foremost, I consider myself a Financial Planner (not an asset manager).  And so, when I put together a financial plan for a client, if it is in their best interest to buy or keep an annuity, I will recommend it (as I have at times in the past).  I’ve taken a Fiduciary Oath to put my client’s best interest first and that’s what I plan on doing.

So, in what scenarios have I recommended that a client buy or keep an existing annuity?  And just as important, out of all the various annuities out there, which ones are appropriate?

There are thousands of different types of annuities and whole text books have been written about them.

For purposes of this blog post, we’ll break down annuities by two sets of defining characteristics; deferred or immediate, and variable or fixed.

A deferred annuity has two phases, the savings phase and the income phase.  The savings phase allows you to save and invest money in the annuity.   At some future point you will have the option to “turn on the spigot” by annuitizing and start receiving income during the income phase.  When you annuitize, you turn all or a portion of your account over to the insurance company in exchange for an income stream over a certain period of time.

An immediate annuity only has one phase, the income phase.  You start by paying a premium to the insurance company for an annuity that starts immediately.  For example, you may have $500,000 saved in an IRA and decide you want to take half of that and invest in an immediate annuity.  As soon as you pay your premium, your monthly annuity payments start.

During the savings phase of a deferred annuity you can choose to invest in a variable or fixed annuity.   With a variable annuity you have control and responsibility of how your savings are invested.  The growth/depletion of your account will depend on the performance of the funds you choose to invest in.  Opposite of a variable annuity is a fixed annuity.  Instead of you being responsible for choosing the investments, the insurance company simply credits your account with a fixed percentage each year.

It’s important to note that many people invest in annuities without ever annuitizing.  They simply take withdrawals from the contract when they need it.  Most annuities will have a maturity age (commonly around 85-90 years old) that requires you to annuitize or cash out the contract.

The “Purest” Form Of An Annuity

I’ve seen enough annuities contracts to firmly believe that when you use annuities as a way to accumulate and invest savings (deferred annuities) it’s easy to get lost in a world of complicated fees, riders, guarantees, and difficult and confusing decisions.  This doesn’t mean that annuities can’t be effective savings vehicles, I just firmly believe there are much better options available (employer-sponsored plans, IRA, Roth IRA, taxable accounts, etc.)

Case-in-point:  I recently saw a deferred variable annuity contract that offered a client the following deal:

Each year on the anniversary of when she bought the contract, she could either choose to roll-up her balance from the previous year by 6% or stick with her actual balance (based on her funds’ performance) if it’s higher than the 6% increase.

Initially, this sounds like a really good deal, a guaranteed 6% return!  But there is a lot of red tape that comes along with it.

First off, the 6% roll-up is based on simple interest.  So, the 6% increase is always based on her initial premium of $50,000, which is $3,000 per year.  This completely eliminates the most powerful aspect of investing, compounding growth.

In addition, if on the contract anniversary date, she chooses to stick with her actual account balance instead of doing the 6% roll-up, she can’t annuitize the contract for another 10 years.  Ouch! This paints her into a corner of sticking with the 6% roll-up each year especially since she has about 8 years until she retires.

And for the cherry on top, if she chooses to stick with her account balance, the insurance company would increase the annual fee on her income rider by 0.65%.

It’s important to note, the annuity offered other benefits as well, like she could withdraw a certain percentage of her account balance each year and still annuitize based on a minimum benefit base.  The annuity contract also included a death benefit.

But the point is, the original advisor that sold her this contract either didn’t explain the terms of it very well, purposefully omitted information, or it was so complicated and there were so many moving parts, she never fully understood what she was investing in.   She was also paying north of 4% for all of the riders (guarantees and benefits) the annuity offered.

The most straightforward way to do that is through an Immediate Fixed Annuity.  This is the “purest” form of an annuity.  You simply turn over a lump sum of money to an insurance company, and they promise to pay you a benefit for the rest of your life (or another period determined by you).  It’s as simple as that.

Keep in mind when you decide to purchase an Immediate Annuity, it’s irreversible.  You cannot get your money back and if you die before you recover your premium (the amount you paid in), you heirs lose out on that money (unless you make a “refund” election that pays your heirs the difference between what you paid and the benefit you received, this of course lowers your payout).

The Role of An Immediate Fixed Annuity

Your income in retirement can be divided into two categories:

Income derived from fixed sources like social security, pensions, rental properties and annuities.   Fixed income sources are great because they allow you to count on income each month regardless of economic/market conditions.

The second category is income derived from variable sources like retirement and investment accounts.   Retirement and investment accounts are a great hedge against inflation, provide liquidity for years when you may have a large expense to pay for, and allow you to pass assets down to your heirs.   However, these accounts do fluctuate, and so you always run the risk of having to adjust how much you withdraw from the account depending on market conditions and how your account performs.

For this purpose, we recommend that you have a good balance of income during retirement between fixed sources and variable sources.

Many retirees have enough in fixed income between social security, pensions, rental properties, etc., that they can cover their basic expenses.  But in the case that they don’t, an immediate annuity is one way to cover the shortfall.

Ron and Tammy are getting ready to retire and have decided that they’d like to live on $100,000 of income per year in retirement.  Their retirement assets/income include:

After itemizing out their expenses they’ve concluded that their basic expenses total about $65,000 per year.

Since they already have $50,000 of fixed income from social security, they only need to increase their fixed income by $15,000 per year.  They decide to take $275,000 from Ron’s 401(k) and purchase an immediate annuity for life.   This creates an additional $15,000 of income and gets them to the $65,000 of annual income they need from fixed sources to cover their basic expenses.

They still have $975,000 in retirement and investment accounts that they’ll use to cover the $35,000 of additional income they need.  This is only a 3.5% withdrawal rate, and assuming their accounts are invested appropriately they’ll be able to maintain or even grow their balance over time.

Chris and Ann are about to retire and have decided they’d like to live on $75,000 of income in retirement.  Their retirement assets/income include:

After itemizing out their expenses, they’ve concluded that their basic expenses total $50,000 per year.   Since they already have a total of $55,000 in fixed income from social security and a pension, they have no need for additional fixed income.  The additional $20,000 of income they need will be withdrawn from their 401(k) and Roth IRA.

Where To Buy An Immediate Annuity

There are countless companies you could go through to purchase an annuity.  The big discount brokerage firms such as Fidelity, TD Ameritrade, Schwab, and Vanguard, all have an annuity department that offers immediate annuities.

Every large insurance company you can think of offers immediate annuities as well, although as their most low-margin product, they’re not likely to advertise it very much.

I recommend going to immediateannuities.com.  You can get a quote from a dozen or more insurance companies without receiving any calls or having your inbox spammed with emails.

When you receive quotes don’t just focus on the companies that offer the highest payout, also look at their A.M. Best Rating which tells you how financially strong the insurance companies are.  The last thing you want is to pay a large premium for a life annuity and then see the insurance company go belly up.

Don’t be swayed by the radical opinions associated with annuities.  Just like everything else in personal finance, it’s personal.  You may or may not need an annuity depending on your circumstance.

If you have an annuity you’re considering purchasing, or already own an annuity you’d like an opinion on, click here, to set up a time to speak with me or one of our other advisors.